We spent a couple months at the Martinez Municipal Marina in the summer/fall of 2020. There is a lot to like about this marina but there are a few things mariners should be aware of. 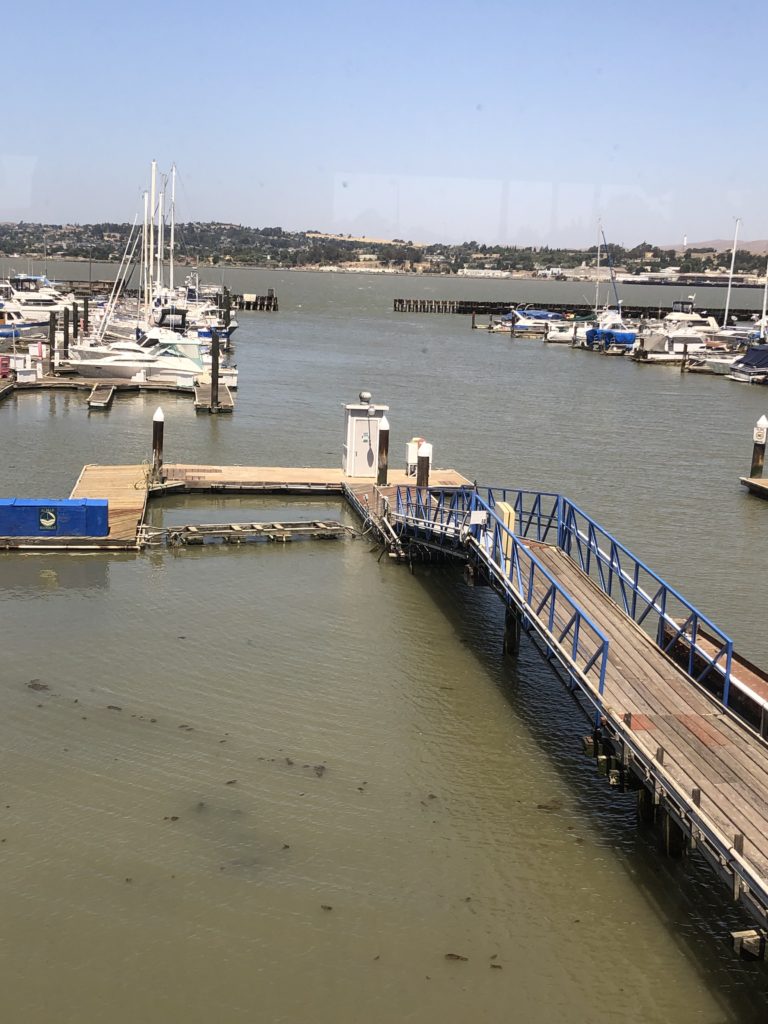 What We Liked About Martinez

Fishermen and pleasure craft launch from here and there are adequate public facilities. Including restrooms, convenience/bait store, public park, fishing pier and nature trails. There is a marine parts store adjacent to the park and within walking distance of the marina. 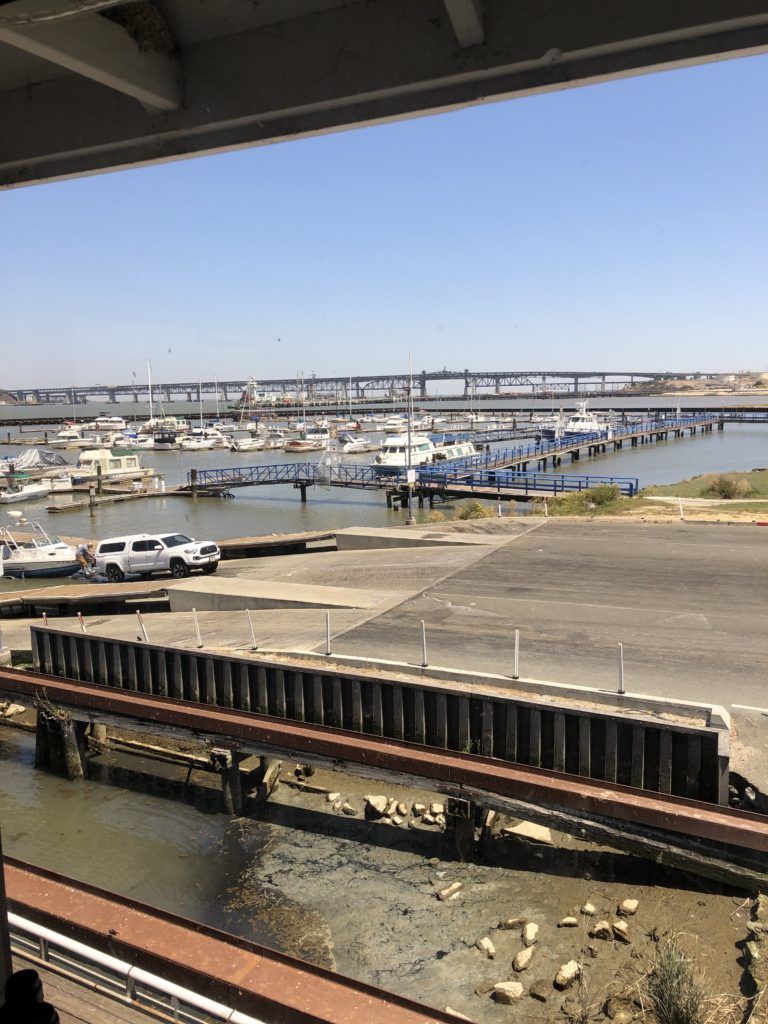 Other attractions include the popular downtown of the City where restaurants, breweries, antique shops and various small businesses are located. All within walking distance.

The downtown area hosts a farmers market on weekends with a wide variety of produce as well as prepared foods. Transportation on Amtrak was a big plus for us. Without a car we used this option to travel to Sacramento and the Bay Area. 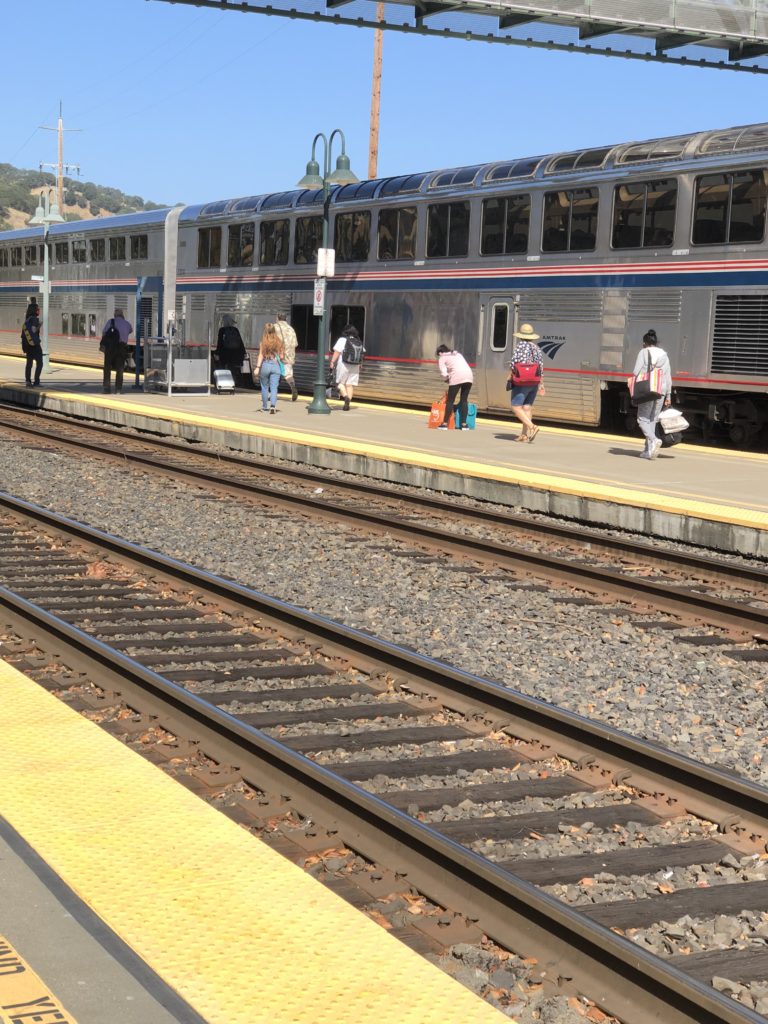 One of the coolest attractions at the park next to the marina is kite flying. Most of the summer and into the fall there are stiff and steady breezes coming from San Francisco Bay. The kites are really something to see.

This video was taken in September. The event happens regularly. Daytime kite flying is also very fun to watch. And, if you get tired of watching kites maybe you’d like watching wind surfers catch air instead.

While we enjoyed our stay here and met some really great folks in the marina, including the gals in the office (Olivia and Rosie) there are a couple things mariners should be aware of.

The City of Martinez has little interest in the marina. This observation is based on two facts. The docks are old and in a general state of disrepair. Be very careful walking on these instable, unevenly planked docks.

My first mate was always tripping on the uneven planking. After she fell flat on her face one time we resolved to walk like dogs wearing shoes for the first time.

The other thing to be aware of is water depth. After arriving here I wondered why about half of the slips were vacant. It didn’t take long to figure it out.

The marina has not been dredged for many, many years. Water depths on the East side of the marina are so low that boats, at low tide, can’t get in and out. 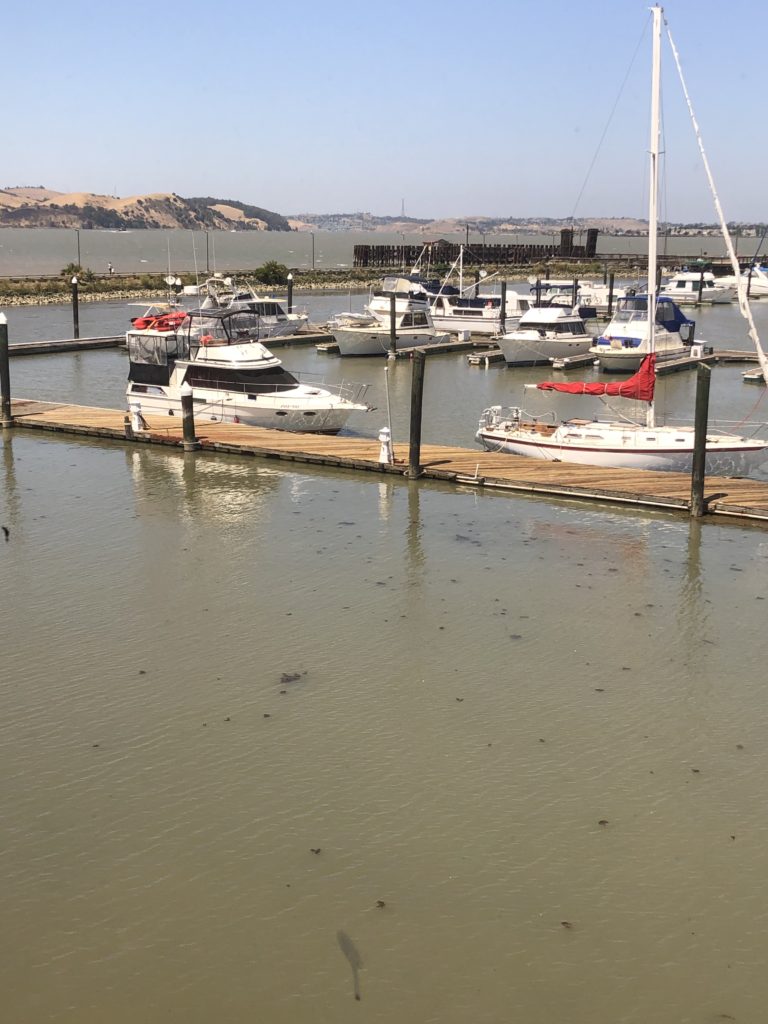 It’s a little better on the West side but not by much. The farther West you get from the center channel the shallower it gets. In fact, boats with deeper drafts are sitting in the mud at low tide.

The same is true for the guest dock. Mai Tai has a 5′ draft. At low tide and tied up at the West end of the dock we churned up a lot of mud when trying to move off the dock. It’s OK at the area near the boat ramp and pump out station.

It seems a shame that a marina with so much going for it should be so neglected. But, the City has its priorities and who are we to judge.

One final word of caution. Not that I have anything against homeless people. In fact it baffles me how our local and state leaders have allowed these conditions to exist without making any substantive attempt to come up with a plan to help these folks. And I’m not talking about handouts.

It amazes me to even have to bring this subject up in “the land of plenty” but the situation is not getting any better. We see it everywhere we go. A sign of the times.

Leave your comments below. Feedback is always welcome. Your contributions to the discussion benefit all.