Santa Cruz to Half Moon Bay

Weather and sea conditions were forecast to be good overall. Wind below 20kts and seas less than 6 feet. And, they were accurate.

Fishing boat traffic in Monterey Bay was heavy the morning we departed Santa Cruz. It was with us for a couple hours. And it gradually tapered off and we were on our own again. It wasn’t until we approached Half moon bay that we started seeing small private fishermen again.

Half Moon Bay is a wide open area that offers little protection. It’s not until you get right up into the harbor that you can find refuge from wind and sea. 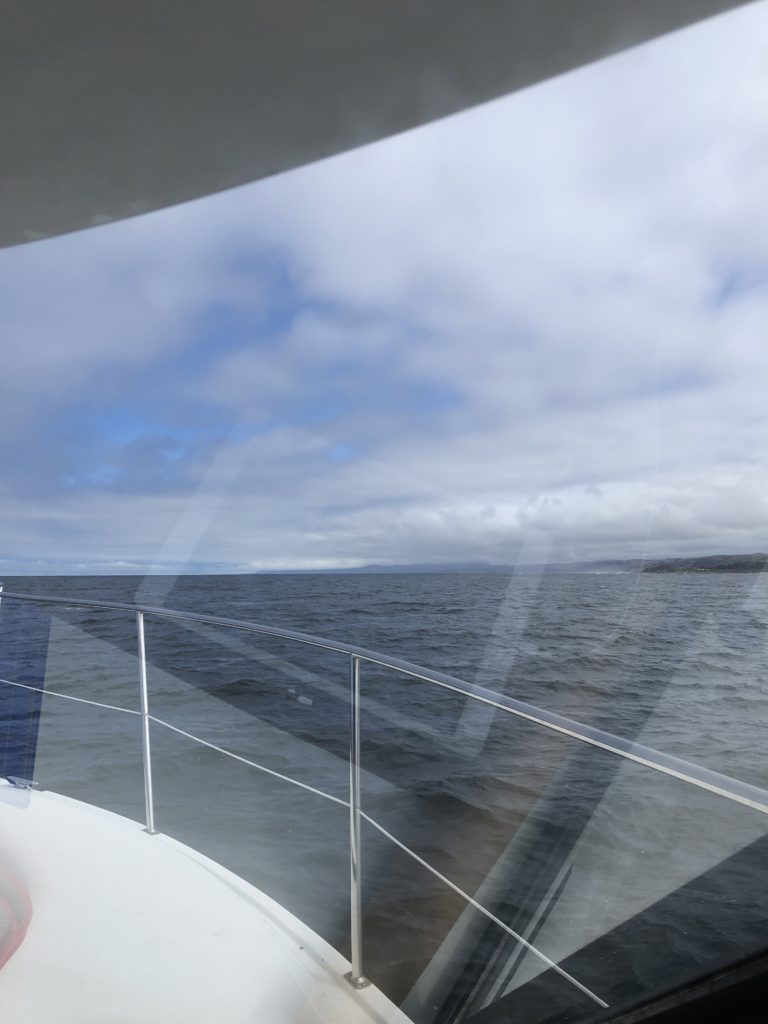 Approaching Half Moon Bay From The South

Half Moon Bay’s Pillar Point Harbor has a large, protected anchorage surrounding the marina. There is a buoy field as well as open anchorage.

We arrived on a windy afternoon. Seas were choppy and swells were coming from NW and South. Sea conditions around San Francisco were rougher than we liked because of a huge depression that ranged from San Francisco north to Oregon. It was slowly moving north away from SF and forecasts showed a window to the Golden Gate was opening. So we decided to stay the night here, let things settle down a bit and head out early the next day.

The next morning’s forecast was for swells in the four to six foot range and wind under 20 knots. This is about as good as we’d seen in many days and as good as it would be for the near future.

I would like to have gone ashore here but the Golden Gate was calling!

There is something really amazing about entering the San Francisco Bay. I don’t know if it’s because we travelled for so long to get here or if it’s because it is simply a one-of-a-kind natural beauty. It’s name, Golden Gate, is certainly appropriate.

Our destination upon arrival in the San Francisco Bay is Sausalito. Here we hoped to find fuel and possibly a slip for the night. However, our experience at the fuel dock was less than inviting. The attendant was not interested in grabbing and securing our bow line as the wind pushed us away from the dock. So, we abandoned our planned fuel stop and decided to move out to the anchorage. The stress of dealing with an awkward docking situation was more than we were willing to deal with.

The anchorage is large and offers fantastic views of San Francisco, Alcatraz Island, Tiburon and Sausalito. It’s pretty windy in this area during summer months. But, the view is worth a day and night.

The views of the Bay from this anchorage are unparalleled. Icing on the cake.

Our next stop is the Benicia muni marina located at the gateway to the delta. Join us as we explore hidden treasures buried deep in Central California.